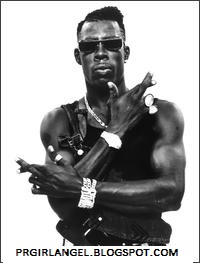 After a 15 year hiatus, one of the first dancehall artist to gain worldwide acceptance, Shabba Ranks, is scheduled to release an album in 2014. The 47 year-old Grammy award winning deejay previously had success with the major label, Epic Records, in which he was signed in 1991. He recorded five albums with Epic, before his hiatus. He remained a prolific, mainstream artist even in his time off.
Some of Shabba Ranks biggest hits include "Mr. Loverman" 1992, "Trailer Load a Girls" 1991, "Ting-a-ling-a-ling" 1992, and "Caan Dun" aka "X-Rated" 1990.
During his time with Epic, Shabba achieved two Grammy Awards for Best Reggae Album, but was eventually dropped from the label in 1996. He has worked with super producers such as Bobby "Digital" Dixon, and Augustus 'Gussie' Clarke.
More recently in July 2013, Shabba was mentioned (the chorus is "Shabba Shabba Ranks, one gold tooth like I'm Shabba, Shabba ranks") in A$AP Ferg featuring ASAP Rocky's song "Shabba" and appeared in the official video.
The legend continues to make history. Stay tuned for more information on Shabba Ranks upcoming project!
Stay connected with Shabba at https://www.facebook.com/pages/Shabba-Ranks-emperor-Of-Dancehall/180120095363509 Twitter @EmperorRanks
Posted by PRGirlAngel at 10:41 PM