DEVA BRATT EXONERATED ON ALL CHARGES! 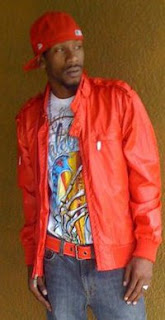 Dancehall deejay Deva Bratt, was previously facing carnal abuse charges in two separates cases. Deva Bratt was arrested and imprisoned back in 2008 for several months for these cases, and always declared his innocence. At that time him and one time friend and musical partner Vybz Kartel began an all out war. Kartel released a song "I coulda neva tun a raper" dissing Deva Bratt. Upon Deva Bratts release he released a song "Judas" describing how Vybz Kartel had betrayed him in his time of despair. Since, Deva Bratt has separated himself from the Portmore Empire, and formed Krucial Konflict. He is no stranger to building solid musical foundations such as Portmore Empire, and with these charges finally dismissed, he can soar to the heights of no limit. Lyrically, Deva Bratt is one of the BEST artist in Jamaica hands down. He's known as the war personnel, so we'll have to look out for what's next.. Check him out at;
www.facebook.com/devabratt
www.myspace.com/devabratt
www.twitter.com/devabratt
Posted by PRGirlAngel at 11:36 AM No comments: