Channeling characters from the movie "Dancehall Queen" and paying homage to 80's and 90's Dancehall Queens such as "Carlene", Spice amazes her fans with her visually stimulating, colorful and fun "Needle Eye" video.
Dancehall has changed quite a bit over the last several years. Many feel the energy and fun has left the culture. Overly vulgar lyrics and content have been the forefront of dancehall recently lacking creative content. Well, the "Stage Show Boss", once again proves to her fans why she is the reigning Princess of Dancehall.
The video takes us back to the days when dancehall was bright, cheerful, exciting and sexy! Jamaica's top dancers, (Dancehall Queen) Nickeisha (the creator of the Needle Eye Whine), SherRumbaaar, and Renee SixThirty and more also starred in the video. Spice played the role of a "Cinderella", wanting nothing more from her fairy god mother than to prove to her evil step sisters that she in fact had the "Needle Eye".
Check out the link above, you won't be disappointed. Congrats again for another smashing video! Spice has already racked up over 25 thousand views in less than 24 hours.
Spice has to be the hardest working woman in Dancehall; Juggling motherhood, career, an online boutique, as well as Spicey Couture store locations in Jamaica, touring, as well continuing to write hit after hit! Spice you're our BOSS BABE of the week! Congrats and keep up the good work!
Check out Spice' US based online ladies boutique at www.SpiceyCouture.com for all your favorite looks, including some of the looks Spice herself wears for shows and appearances.
Posted by PRGirlAngel at 1:21 PM No comments: 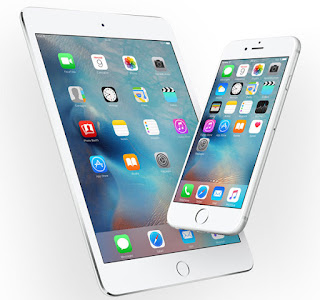 Most of the apps were allegedly made in China and allowed a Chinese ad company to display their ads inside the apps. The software was designed to gather people's email addresses and iPhone serial numbers.

Apple says it will no longer accept apps from the developer. Most of the apps are games, including the popular Angry Birds 2.

There is not a software update if you have any of the apps on your Apple device, just make sure to update your iTunes store as scheduled.

BGR.com listed the apps included in this security breach:

Posted by PRGirlAngel at 11:53 AM No comments: