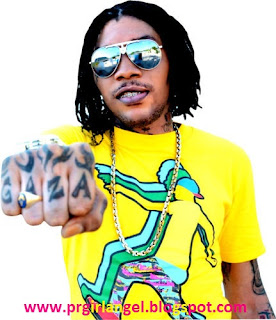 Adijah Palmer, popularly known as Vybz Kartel has a new look, and could possibly have a new life. The deejay was arrested September 29, and has been held and questioned in Kingston since then. Initially, he was to be charged with marijuana possession, which was found in the hotel room where he was arrested in New Kingston. After an ongoing investigation, which included seizing of property, random homes being search, some of which Kartel owned, some of which he frequented, Charges have since been upgraded to murder, conspiracy to murder, and illegal possession of a firearm. One report stated a body was found in one of these homes, half burned, and partially decomposed.

A preliminary hearing will take place today at the Half-Way-Tree Resident Magistrate's Court, the police said.
Posted by PRGirlAngel at 3:35 PM 3 comments: