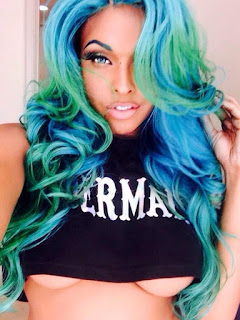 Amiyah Scott, who was born Arthur and transitioned into a female at the age of 17, is rumored to be joining the ladies of The Real Housewives of Atlanta cast.

If rumors are true, Amiyah will be Bravo's  first transgender woman cast to one of their many reality shows, but at this point she has made no mention of her alleged new gig.
TMZ also reports Kim Fields, best known for “The Facts Of Life,” will be another season 8 newbie. 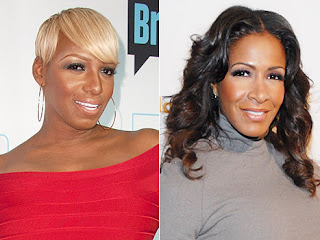 Meanwhile, the new season recently began filming, and photos emerged showing former cast member Sheree Whitfield has rejoined the cast. Another one-time cast member, Marlo Hampton, is back on the scene, too, but likely in a recurring “friend” capacity, which is the crazy, I would have thought Marlo and her drama would have been cast permanently a long time ago.

Nene Leakes has made her official exit from the TV series. She has gone on to do some amazing projects including Broadway, a woman's fashion line, appearances on many television shows including Donald Trumps, Celebrity Apprentice. Claudia Jordan was fired, after just one season (thank God). Sheree has been see on Iyanla Vanzants "Fix My Life" series, attempting to make amends with her NFL ex-husand and children. But we really haven't heard much more about Sheree, nor SHE by Sheree, nor Chateau Sheree... We’ll keep you updated on RHOA official cast as details become available.
Posted by PRGirlAngel at 2:33 PM No comments: 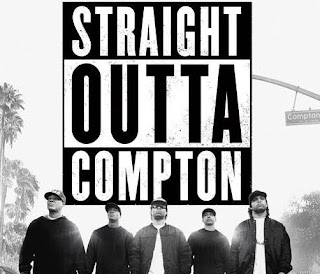 With a very successful opening, grossing over 6 million, Straight Outta Compton receives backlash for conveniently leaving out scenes of Dr.Dre involved in domestic violence cases with some of the woman in his professional and personal life.
Dr. Dre released a statement regarding the incidents:
"I’m doing everything I can so I never resemble that man again"
Dr. Dre has apologized to women he abused during the late 1980s and ’90s, after his history of violence against women resurfaced during the promotion of a biopic about his rise to fame.
“I apologize to the women I’ve hurt,” he told the New York Times. “I deeply regret what I did and know that it has forever impacted all of our lives.”

The newly-released Straight Outta Compton was a box office success, but its release has dredged up past complaints against Dr. Dre, who is both a co-producer and a subject of the film. Many critiqued the film for ignoring criticism of N.W.A. for being misogynistic, and omitting references to episodes when the rapper hit or abused women. 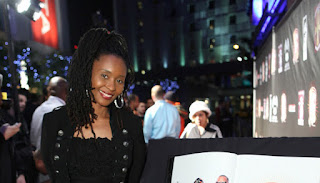 Hip-hop journalist Dee Barnes, who filed charges for physical assault against Dr. Dre in 1991, decried the film for Straight Outta Compton’s revisionist history at the expense of women excluded from the narrative.

Dr. Dre also said in the statement, “Twenty-five years ago I was a young man drinking too much and in over my head with no real structure in my life. However, none of this is an excuse for what I did. I’ve been married for 19 years and every day I’m working to be a better man for my family, seeking guidance along the way. I’m doing everything I can so I never resemble that man again.”

Michel'le, early 90's R&B singer and ex-fiancée of Dr. Dre, spoke about her relationship with the now-billionaire producer in a new interview with VladTV. Both have openly acknowledged that he was abusive towards her during their six years together (1990-1996), but the issue has risen to the forefront once again because that history (along with his known abusive relationships with other women) was omitted from new N.W.A biopic Straight Outta Compton. 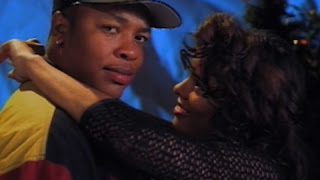 In the new interview, Michel'le seems complacent about her omission from the film, telling Vlad the film is "Cube's version of his life."
When told that Dr. Dre also executive produced the film, she replied, "Why would [Dr.] Dre put me in it? If they start from where they start from," she added, "I was just a quiet girlfriend who got beat up and told to sit down and shut up."
Michel'le, who's currently in the public eye as one of the stars TV One's reality series R&B Divas: Los Angeles, detailed the abuse in a recent interview with The Breakfast Club. "When he gave me my very first black eye, we laid in the bed and cried," she said on the morning show. "He was crying and I was crying because I was in shock, hurt and in pain. I don’t know why he was crying, but he said 'I’m really sorry.' That was the only time he ever said he was really sorry. And he said, 'I’ll never hit you in that eye again, okay?'" She said in the interview that he kept that promise, but hit her in other places -- "I have scars that are just amazing," she told the show.
Dr. Dre confronted abuse allegations during the Straight Outta Compton press tour, telling Rolling Stone, "I made some fucking horrible mistakes in my life.
"I was young, fucking stupid," he continued. "I would say all the allegations aren't true -- some of them are. Those are some of the things that I would like to take back. It was really fucked up. But I paid for those mistakes, and there's no way in hell that I will ever make another mistake like that again."

Posted by PRGirlAngel at 4:07 PM No comments: 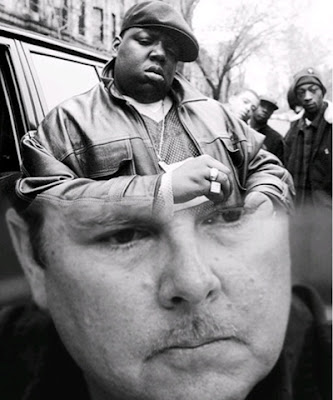 The 24-year-old rapper, born Christopher Wallace and known also as Notorious B.I.G., was shot to death while sitting in a car at a red light in Mid-Wilshire on March 9, 1997.
Posted by PRGirlAngel at 12:10 PM No comments: 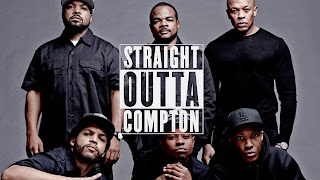 The group NWA emerges from the streets of Compton, California in the mid-1980s and revolutionizes pop culture with their music and tales about life in the hood. The movie, "Straight Outta Compton" hit theaters August 14 2015. Already controversial, the marketing geniuses behind the movie, has gotten all of America in on the "Straight Outta" brand. 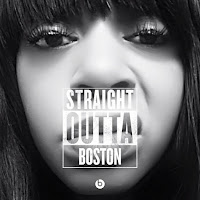 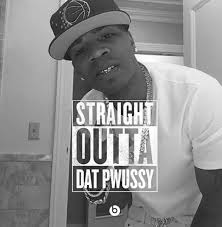 Dr.Dre, a part of the movie, production, and original group NWA, also incorporated the world renowned "Beats by Dre" logo on the memes created on the website. So we'll call this a classic two for one. I still don't think I'll be seeing the movie. But it was fun repping my home town, along with the other half of the world. 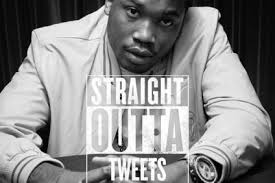 A few celebrities joined in the fun as well, of course, the comedic memes came shortly there after. Some made light of the ongoing Meek Mill vs Drake beef, others were just plain comedy. Good job to the marketing team, this is definitely the best marketing I've seen for a movie in a very long time!


Posted by PRGirlAngel at 8:34 PM No comments: