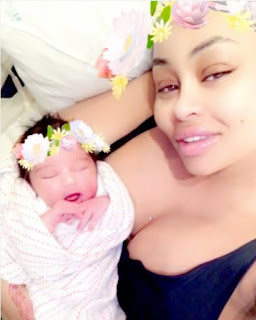 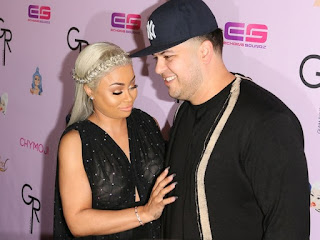 The couple has not set a date for their recent engagement. Nor have they confirmed if they will be filming a second season of their hit reality show, The Rob & Chyna show on the E network. Baby Dream has a striking resemblance to Daddy Rob Kardashian, and is as cute as a button. Congrats guys!

Posted by PRGirlAngel at 12:47 PM No comments:

Posted by PRGirlAngel at 12:51 PM No comments: 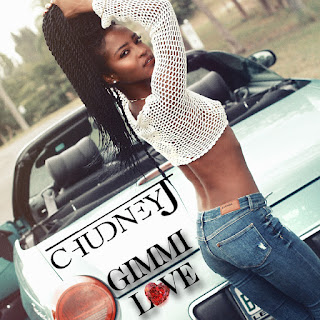 After a small hiatus, dancehall/ reggae singer Chudney J has returned with her new single "Gimmi Love" produced by Izy Beats. Chudney J rose to fame in 2014 with her debut track "Yuh Nuh Ready" featuring Mavado. She released a few other singles, while fans patiently awaited her EP, which is set to be released summer 2016. "Gimmi Love" is available for download on iTunes and Google Play. Check it out now!

Posted by PRGirlAngel at 12:24 PM No comments:

Posted by PRGirlAngel at 11:06 PM No comments: 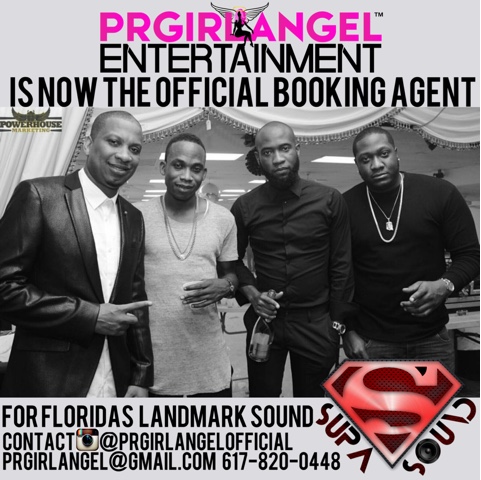 Supa Twitch has been in love with dancehall music since he was 10 yrs old, so it is no surprise that he grew up to become one of the baddest selectors in the dancehall industry today.

Hailing from East Kingston, Supa Twitch was influenced by sounds and selectors such as Stone Love and Webba of Black Stone, hence the reason for Supa Twitch’s strong foundation.

The first Sound he played was a sound called Supersonic in 1988 and he moved on a year later to Black Stone.

After moving to NY in 1991, Supa Twitch made another step forward in his career by joining New York’s infamous juggling sound, Afrique Soundstation.

In 2001, Supa Twitch decided to eventually move on in the industry as a solo act. This transition from Afrique Soundstation, to solo selector has proven to be quite a powerful move for Supa Twitch’s career.

If you've ever attended a Supa Twitch session, you will understand why he is successful. His vibe is unprecedented and most importantly, Supa Twitch always displays the knowledge and power to sway any crowds’ emotions in the direction of the music he plays. This selector’s energy and antics are amusing, always guaranteed to entertain both women and rude boys.

When you want a “real selecta weh talk the tings dem and deal wid the music wicked,” then Supa Twitch is the man.  In 2005, Supa Twitch decided to start his very own sound, Supa Sound. This outfit consists of Smokey Fire, Karim Hype and newly added member, K Major.  Three very talented selectors in their own rights.

The energy evoked from a Supa Sound session is nearly indescribable. You have to be there to fully grasp this musical experience. The sound’s four members form some what of a dancehall dream team, making patrons lose them selves if even just for the night. Supa Sound’s successful formula makes them a sound in great demand and this is the reason they are 2014 International Reggae World Music Awards (IRAWMA) recipients for Florida's most popular dance DJ.  The sound has Miami and other major world-wide dancehall markets on lock and their explosive 2013 Japan tour is a clear testament to that.

In addition to being Supa Sound’s owner, Supa Twitch has many other accolades under his belt. Supa Twitch’s expansive career has enabled him to tour through out not just Asia, but Europe, America, South America and the Caribbean with artists including Kevin Little and Spragga Benz.

Having already worked with sound system greats like Jagga B, Richie and Supa Claude, it was only natural that Supa Twitch ventured into production. Much to his credit, Supa Twich has produced a number of hot riddims including “The Rock.” This bass-heavy riddim features tracks by Spragga Benz, Bounty Killer and Assassin to name a few.

Supa Twitch has also took his talents into the movie industry as he has had significant roles in the movies "LADIES NIGHT OUT" (2006) and "WHAT GOES AROUND" (2008) in which he both did well.

Supa Twitch is by all means a force in the dancehall industry, as he constantly delves into new facets of the business. And the Supa Sound leads the pack with solid and energetic performances. When Supa Sound plays, a basic gathering is always converted into a straight dancehall session. Liven up your next planned event by booking Supa Twitch or Supa Sound TODAY.

27 years and still going strong!!! Give thanks to the ALMIGHTY!! Without GOD this journey wouldn't have been possible. THE STRONG WILL CONTINUE!!!

Posted by PRGirlAngel at 1:43 PM No comments: