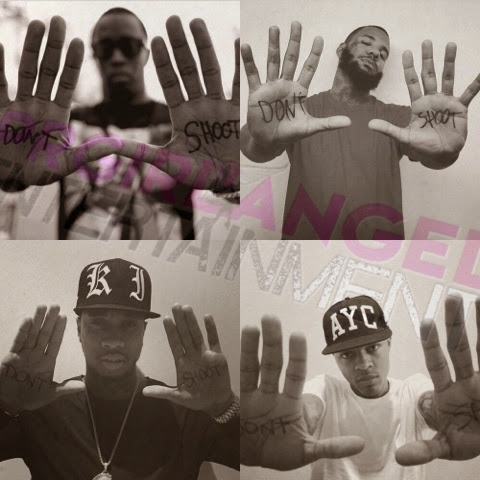 More celebrities are joining the #HandsUpDontShoot campaign in solidarity to the increase of police brutality cases leading to the death of black men. This campaign started shortly after 2 non indictments of police officers who killed Mike Brown in Ferguson Missouri, and Eric Garner in Staten Island New York.
Protesters across the nation are staging peaceful protest demanding justice, and charges be brought against these officers, and changes to laws to protect civilians.
One of the biggest events in Miami, Florida, "Art Basel" was taken over by protesters lead by The Dream Defenders. Portions of major highways I75, and I95 were also blocked off in both directions by protesters demanding justice.
Protest are scheduled to continue in different cities across the nation.
CHANGE IS INEVITABLE! Fight the good fight! Human lives matter, black lives matter, justice is being demanded!
Posted by PRGirlAngel at 1:12 PM No comments:

SAD NEWS FOR NEWLYWED TODD TUCKER, HIS MOTHER HAS PASSED 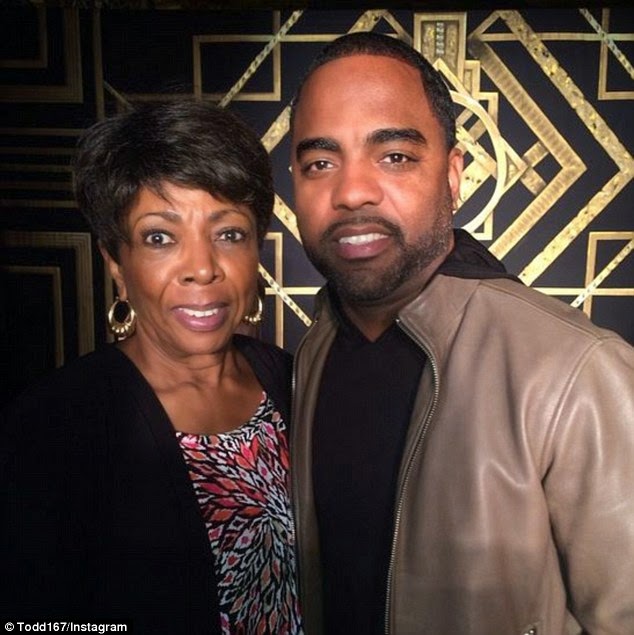 It is being reported that Ms.Sharon Tucker, who was introduced to the world on Real Housewives of Atlanta, by way of her son Todd Tucker marrying Kandi Burruss, has died.

Reports are alleging Ms.Tucker had a stroke, then went into a coma, and unfortunately later died. There has been no confirmation of what caused her to fall ill, or if there were any preexisting conditions.

Sharon was notorious for defending the honor of her son, on the show (Real Housewives of Atlanta) against the not so soft spoken, Mama Joyce, who is not a fan of Todd nor his mother. Their fighting and bickering played out through every episode right up to Kandi and Todds wedding special on Bravo TV.

Prayers to Todd and the Tucker family. May Ms.Sharon Tucker RIP.

Posted by PRGirlAngel at 10:15 PM No comments: