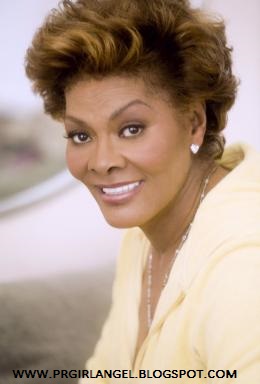 Cousin of the late Whitney Houston, legendary singer, Dionne Warwick has re-recorded her 1989 hit "Raindrops Keep Falling on my Head" with the legendary and famed reggae rhythm duo Sly Dunbar and Robbie Shakespeare. Sly Dunbar is reporting that the song was recorded in Los Angeles, and produced by Damon Elliot, Dionne Warwick's son. Damon Elliot is most know for his work with R&B and Pop artist like Beyoncé, Gwen Stefani, Pink, Keisha Cole and Macy Gray to name a few.
The track was originally recorded by singer B J Thomas in 1969 and it was used in the 1969 hit movie Butch Cassidy and The Sundance Kid.

Warwick has had a big following in Jamaica since the 1960s with hits like Walk On By, Do You Know The Way to San Jose, and A House is Not a Home, all co-written by David and Bacharach.
She performed in Jamaica, January this year at the Jamaica Jazz and Blues Festival along with Mary J. Blige, Monica and several other artist. The track has not been released yet, but stay tuned!!
Check out the original version below, can you imagine what the reggae version will sound like??
Stay connected with diva Dionne Warwick on https://www.facebook.com/dionnewarwick Twitter @_DionneWarwick