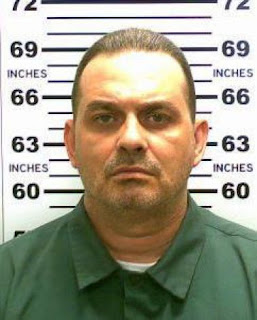 Richard Matt, one of the convicted murderers who staged an elaborate escape from New York’s largest prison nearly three weeks ago, was shot and killed on Friday by federal agents, two people with knowledge of the situation said.

There was a report of a second episode of gunfire as law enforcement officers pursued David Sweat, the other inmate, according to the two people. Mr. Sweat’s fate was unclear. 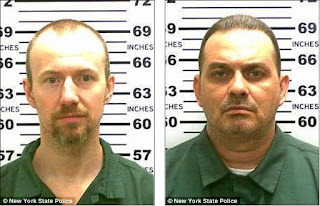 The shots were reported as law enforcement officers zeroed in on an area of remote terrain in Franklin County, near where investigators discovered evidence in two hunting cabins that indicated the missing inmates had been there.

It marked a violent turn in a sprawling manhunt that began in Dannemora, N.Y., a village near the Canadian border, and soon spread to large swaths of the state after Mr. Sweat and Mr. Matt engineered a daring breakout from Clinton Correctional Facility.

The escape set off a statewide search on foot and by air, with hundreds of officers marching in tight formations through dense woods and checking on more than 2,000 tips.
Posted by PRGirlAngel at 6:03 PM