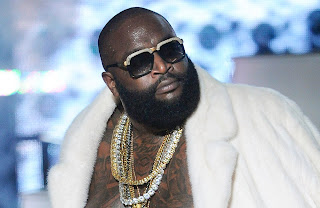 Ross, 39, whose real name is William Leonard Roberts, was taken into custody by the U.S. Marshals Southeast Regional Fugitive Task Force, the Fayette County Sheriff's Office said in a statement.
Allegedly, he was charged in connection with an assault at a Fayette County residence that deputies started investigating June 7, the statement said. Ross is listed as a resident of the county, which is south of Atlanta.

Ross' representatives have not responded to a request for comment, and the sheriff's statement did not give any details about the alleged assault or the alleged victim.

Previously, Ross was arrested on suspicion of marijuana possession on June 10 after Fayette County deputies stopped his vehicle because of a possible a window tint violation.
Posted by PRGirlAngel at 12:09 PM