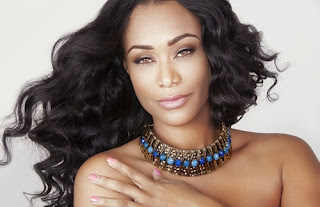 Tami Roman, most famous for her appearance in MTV Real World, and most infamous for marrying a sports star Kenny Anderson, to then be divorced and forced to receive welfare benefits, has announced she is pregnant. On a guest appearance on Love and Hip Hop's After Party Live, Tami announced "I am 6 weeks pregnant". Aside from running a virgin hair company (like every body else and their mama #NoShade) Tami has also appeared on Basketball Wives of LA, and most recently on Marriage Boot Camp, along with the likes on Kendra Wilkinson among others. She's known for her fiesty, IN YO FACE attitude. Tami has 2 other children from her previous marriage. Congrats and best of luck Tami!