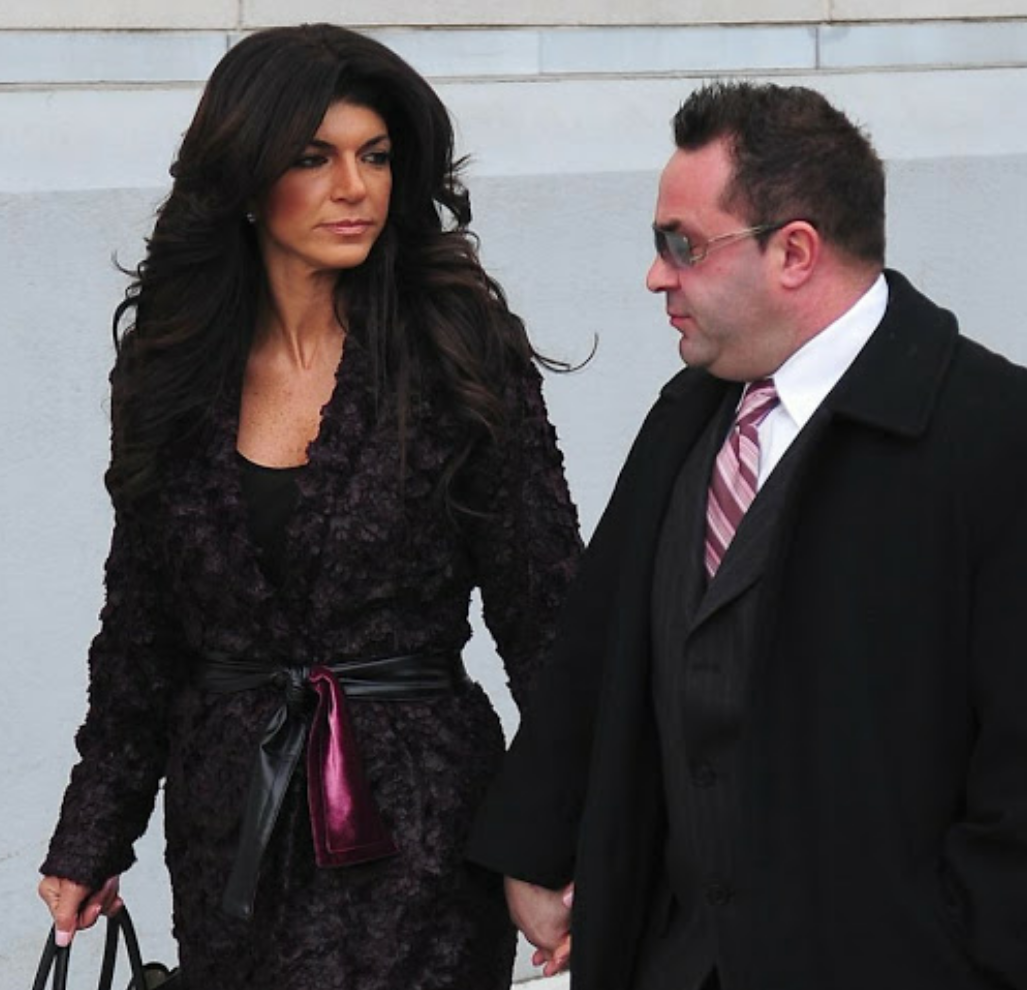 Star of Bravo TV's Real Housewives of New Jersey, Teresa Giudice was sentenced to 15 months in prison today in federal court in Newark, N.J.
Her husband and co-star Giuseppe "Joe" Giudice is doing even more hard time – he was ordered to serve 41 months.

Their sentences will be staggered so they can continue to care for their four young daughters. Teresa Giudice will serve her time first.
Joe Giudice was also ordered to pay $414,000 in restitution.
U.S. District Court Judge Esther Salas slammed them for not disclosing all their assets in a presentencing report. She said they didn't include all the recreational vehicles they own.
But the judge gave Joe Guidice credit for helping people rebuild after Superstorm Sandy and other storms.
He made a brief statement in which he apologized and said he had disgraced many people.
The Giudices admitted that they hid assets from bankruptcy creditors and submitted phony loan applications to get some $5 million in mortgages and construction loans.
Both Giudices pleaded guilty to conspiracy to commit mail and wire fraud and three types of bankruptcy fraud. Joe Giudice, 43, also pleaded guilty to failing to file a tax return for 2004, and acknowledged he didn't file taxes on income of approximately $1 million between 2004 and 2008.
On their reality show, the Giudices are shown living in a lavish home and frequently spending on extravagant vacations and items for their kids.
I pray that the children are taken care of mentally and physically through this "reality", and are able to maintain happiness and emotional stability through this rough time for the family.
Posted by PRGirlAngel at 5:45 PM