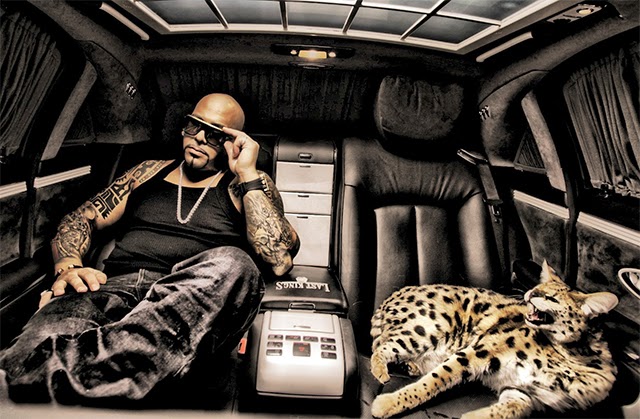 The Las Vegas Review reports, FBI agents Monday morning raided the Las Vegas home and escort service of rapper Mally Mall in an investigation into human trafficking.
Agents assigned to the FBI’s public corruption squad, which also investigates civil rights violations, executed search warrants at Mall’s 4311 E. Oquendo Road home and his escort service, Las Vegas Concierge, at 6207 Dean Martin Dr.
Mall’s home is listed under the name of Jamal Rashid, according to county records.
Joseph Dickey, the supervisor of the public corruption squad, declined to provide details of the investigation.
No arrests were made in the investigation, which is thought to be in its early stages.
Mall, who also is a hip hop producer, has associated with a number of music stars, including Snoop Dogg, Chris Brown and Drake.
He currently stars in the cable reality series “Love and Hip Hop Hollywood.”
Animal control officers were called to Mall’s home during the raid. He is known to be a lover of exotic animals. Three years ago, Mall got into a spat with his neighbors over his push to keep two serval cats and a Capuchin monkey at his home.
Mall once gave an exotic cat to Justin Bieber.
Records show Mall has a number of companies registered with the Nevada Secretary of State, including Mally Mall Music and Blue Magic Music.
Posted by PRGirlAngel at 1:06 PM