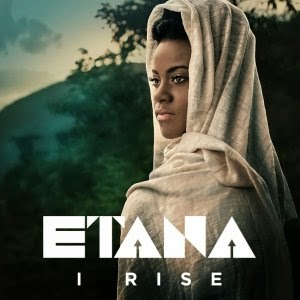 With first-week sales of 547 copies, Etana's fourth studio album I Rise (VP Records) leaps from seven to number one.

The Clive Hunt-produced album is Etana's fourth entry on the album chart. The last time a Jamaican female reggae artiste topped the chart was 1997 with Diana King's Think like a Girl.

Etana, who is in the middle of an American tour, is ecstatic about topping the Billboard chart.

"I am grateful to all my fans who purchased the album in the United States of America the first week and all those who pre-ordered the album, also. It is because of them, actually. Thank you so much," Etana told the Jamaica Observer.

Asked what kind of work went into the album, Etana said: "It was well-thought out by the A&R, the producer and myself. But when the musicians came to each session, it was easy-going and fun. It was a good vibe. The hardest part was doing the vocal recording sessions with Dwain 'Barbwire' Campbell. But it makes me appreciate him more," she said.

Etana's current tour kicked off on October 23. It will wrap in late November. Featured on the tour are veteran reggae singer Cocoa Tea and old- school deejay Louie Culture.

"The tour has been going great so far. I have great supportive fans and I am so grateful for them," said Etana.