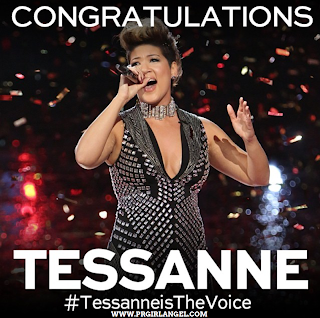 After a 12 week competition on the Emmy-winning talent show, Tessanne Chin took the title last night, "Winner of The Voice 2013, Season 5"
The Jamaican singer wowed judges and fans with a classic, hit song, “I Have Nothing” by the late Whitney Houston on Monday’s final live performance show.
"I never felt safe," Chin said after Monday's performance. "Not until last week."
It's clear Tessanne saved her best for last. None of her recordings reached Billboard's charts during the season though her rendition of Paul Simon's "Bridge Over Troubled Water" is poised to enter the Hot Digital Songs chart on Wednesday on sales of 60,000. Her biggest seller previously was her take on Cliff's  "Many Rivers to Cross," which sold 24,000, according to SoundScan.
Her plans are not to make a "reggae" album, but is quoted as saying (reggae) "will always be a part of what I do," she said after Monday's performances. "Maybe not in a direct sense, but my music will always have that (swagger). It's who I am. I think the key to making great music is to stay true to yourself so (the listener) can relate to that."
The finale boasted a star-studded set on The Voice as R&B and Pop A-listers, Lady Gaga, Celine Dion, Ne-Yo and OneRepublic all took to the stage to celebrate the season five finale and welcome  the shows newest champion. 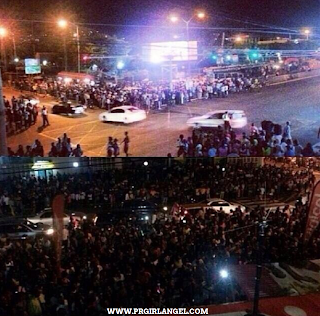 Chins fellow Jamaicans could not have been more proud! Instagram and twitter was on a #TeamTessanne #TeamJamaica overload while the finale aired! The picture above shows fans and friends at a watch party / celebration in the community of Half Way Tree Jamaica.

Tessanne Chin IS THE VOICE!!! Congratulations! You have showed the world the strength and talent of Caribbean people.


Stay in touch with Tessanne Chin on Instagram @thebestess