DEVA BRATT EMBARKS ON US TOUR Controversial dancehall deejay Deva Bratt, recently began his US tour. This is the deejays first US tour, and the streets are buzzing only a week into his entrance in the United States. Deva Bratt is popularly known for hit songs like "Bag a Talking/Gussie Clarke", and "Bungle a Gyal". Mr. "Actually Factually" is recording under his Krucial Konflict label formed in 2009. Look out for an exclusive interview from Deva Bratt, discussing life after Sting, new projects, and how he has maintained his lyrical eminence for all these years. Make sure your subscribed to this blog (www.prgirlangel.com), to get the exclusive! 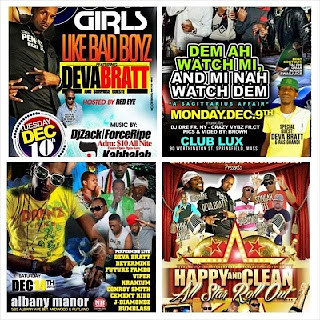