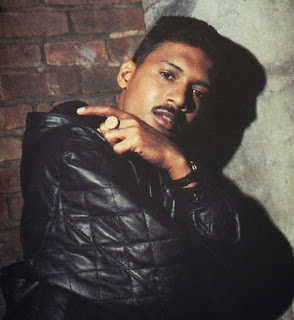 Sting 2013 has created history bringing "The Original Don Dadda" - Supercat back to the island of his birth, Jamaica. This marking the 30 year anniversary of the world renowned "Sting Jamaica", producers of the show are pulling out all the stops this year. The show boast of local and international A-list artist such as Grammy Award winning, Wyclef Jean, platinum recording rapper, 2 Chainz, Beenie Man, Mavado, the legendary Super Cat and many more.
December 22 2013 was William Maragh the "Wild Apaches" first time back in Jamaica in over 10 years! His arrival in Jamaica was nothing short of shock, excitement and disbelief. His appearance has changed since the public last seen him, but his wit and charisma remains the same. Social media went into a frenzy when photos and videos began being posted from his Homecoming Celebration at Cockburn Gardens Primary & Junior High School, St. Andrew Jamaica. 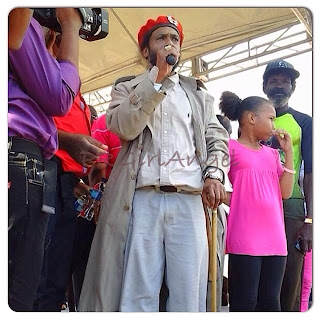 The Don Dadda previously spoke about his ills with the music industry on an on air interview with Link Up Radio 93.5 FM in New York / Hot 102 Jamaica. In this same interview he spoke of conspiracies and actual threats against his career and life. It was also noted there had allegedly been a broadcast on Fox 5 News reporting his "death" in 1996, stating he died in Kings County Hospital. An apparent case of identity theft, or conspiracy derived from unknown sources, changed his life, career, and status dramatically. As a reggae ambassador, Super Cat is quoted as saying "I going to stand up as a great revolutionary into this business of ours that's called reggae, because there's a reggae revolution going on, and I'm a soldier, in the army of reggae, and if they cannot represent themselves, well them goin have to kill Dadda for it, for I am standing up for mine, and not only for mine, for the rest of the youth them out of the ghetto".
This could be the very come back Super Cat fans have long awaited. Shows are being promoted in US states for the months following Sting. The Don Dadda IS BACK!
Posted by PRGirlAngel at 8:28 AM