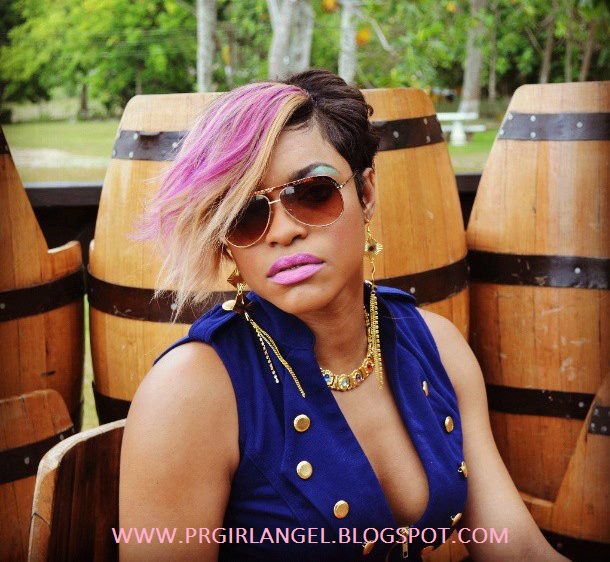 Dancehall artiste Bridgett Roache popularly known as Bridgez has decided to cut all ties with the Bounty Killer lead Alliance camp.
"I want my fans and the general public to know that I am no longer a part of the Alliance."
Earlier last year the Take Your Time singer had announced that she was leaving another subsidiary of Alliance called ‘Alliance Next Generation’ however her former manager Rodney Price aka Bounty Killer took to his twitter immediately to make It clear that the young singer was still a part of the Alliance camp itself; later giving her the title of ‘Lady Alliance.’
The former Alliance first lady has declared that her decision to leave the camp was strictly business.
"I don’t believe in titles if you’re not making an impact to live up to it; so all these titles I got didn’t mean much to me. It felt like just talk, an excuse to not put in the real work a manager is to be doing. I will never be ungrateful for the experience I gained while I was in Alliance but the time has come for me to move on. I'm serious about my career and I have spent almost 4 years with this camp however I need a management team that knows how to manage a female artist.”
Bridgez also added, "I am a positive person and I don't dwell on negative things so I won't spend my time bashing my former manager. Right now I am focused on getting a better management team, one that can guide my career to success," said Birdgez.
Also in the cards for Bridgez are a number new of recording projects.
"Over the last couple of months I've been very busy in the studios working with various producers like Salim and Chris of Track House Records, ZJ Bruce Lee, and Truckback and couple others and I released a hot new track last month named Winning Wine on Trackhouse’s Pandomium Riddim. I’ve also been busy doing my B.Sc in Business Administration so I took a little break from releasing anything after Take Your Time but I will be giving my fans a lot of new material for the summer.”

article courtesy of Ralston Barrett
Posted by PRGirlAngel at 3:03 PM