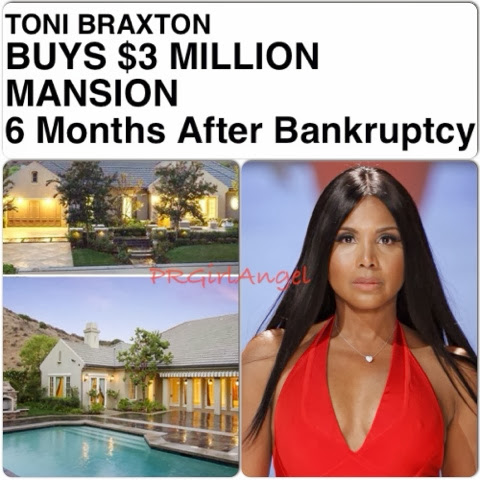 #TMZ reports - Reality TV can pull you out of bankruptcy and get you a $3 million house next to Justin Bieber ... all in 6 MONTHS ... and Toni Braxton's living proof.

Real estate sources tell TMZ, Toni -- whose reality show "Braxton Family Values" is already on its third season -- just purchased a mansion for close to $3 million in Calabasas' exclusive gated community The Oaks ... just a few houses down from Justin.

Technically, it's the smallest house in the neighborhood ... but still, not too bad for someone who was dead ass broke less than a year ago.

Toni's real estate purchase has to sting for her old creditors -- as we reported, when Braxton filed for bankruptcy in 2010 (for the second time) she claimed debts as high as $50,000,000 ... and only ended up repaying a tiny fraction of that before the debts were cleared entirely.