VYBZ KARTEL RUMORED TO HAVE BEEN ASSAULTED IN JAIL 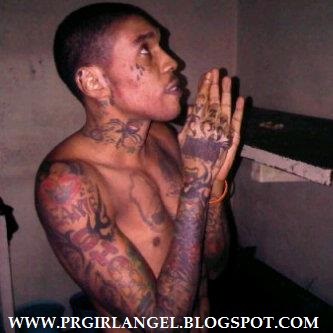 The rumors leaked yesterday that 2 friends of murder victim "Lizard" approached Vybz Kartel in his cell, after being booked in jail, and asked him why he killed their friend. Kartel is rumored to have responded "why mi woulda waan kill Lizard". What happened from their only God knows. Their are several rumors stating that he was then beaten brutally, some rumors state that a fight broke out, but guards were able to calm things down. (these would be the same guards who allegedly intentionally left a cell door open, giving the murder victims friends direct access to Kartel). A source has stated that the 2 friends of Lizard will more than likely be moved to a different jail to eliminate possible future incidents. Kartel as been in jail since September 2011.
Posted by PRGirlAngel at 4:43 PM