KARTEL TO REMAIN IN POLICE CUSTODY 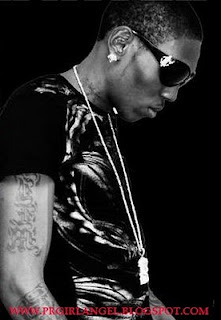 Vybz Kartel turned himself into police approximately a week ago, after being placed on a "WANTED FOR QUESTIONING" list. Originally the hold order was for one week, however when that week was over, a judge decided that Vybz Kartel should remain in police custody for further investigation. It is not clear if he will be charged or what he will be charged with. The new hold order could allow authorities to hold Kartel for 30 days. Kartels publicist has kept his fans up to date via twitter, tweeting Kartels mood, and personal messages to fans. Follow him @iamthekartel. Keep your head up Addi. Updates as they become available.
Posted by PRGirlAngel at 10:59 PM